“Specialists who fail to expand their role and develop the capabilities and relationships to drive value improvement will face a threat to their incomes and practices.”

In a thoughtful and provocative commentary last week in the New England Journal of Medicine, health policy thought leader Bob Kocher and his colleague Anuraag Chigurupati put forth a dire warning to specialist physicians: defend the status quo of fee-for-service at your own peril.

For decades, specialists have been at the top of the physician payment food chain, many drawing incomes more than double that of their family practice, internal medicine, and pediatric counterparts. While some have asserted that the American Medical Association has rigged its RUC to disadvantage primary care physicians, more objective observers will respond that this income differential is the predictable consequence of RBRVS methodology instituted long ago by the Centers for Medicare ad Medicaid Services (CMS) to objectively value physician services. The inherent flaw of RBRVS—now easily identifiable in hindsight—is that it defines “value” as resource consumption though eyes of cost accountants rather than the outcomes that matter most to patients relative to their costs.

As a result, physicians have for years been incentivized to do things to patients, rather than things for patients and with patients. As such, it’s no surprise that our healthcare delivery system is so fragmented and spending is on an unsustainable trajectory.

Prevailing policy remedies seek to stimulate better care coordination. Those seem to be working. Services such as chronic care management and end of life planning are now reimbursed, and that means salaries for primary care physicians are now on the rise. But, in a world of finite resources, a win for primary care a loss for specialists, whose income growths have slowed.

Kocher predicts snowballing physician redistributions, specifically calling out the possibility of further salary reductions for radiologists. Under new bundled payment models, primary care physicians will wield ever increasing power through their increased control of referrals, and the almighty dollars that go along with them. Their bonuses will be contingent on saving money—meaning that referrals for diagnostic imaging will be ever more vulnerable.

But, there is a silver lining: one specialist’s challenge is another specialist’s opportunity. Kocher highlights two kinds of physicians: those who play defense, fighting to hang on to the fee-for-service status quo as long as they can—and those who aggressively play offense, embracing new delivery models.  In a related commentary, he outlines the specialty physician’s winning offensive playbook: “the first step for specialists is to objectively understand where they perform today in terms of cost…for specific patient…and for specific diseases or procedures.” This plan for success—that many specialists are just now hearing about this month—is far more easily said than done: leverage meaningful and actionable claims data.

For American College of Radiology (ACR) members, though, this playbook isn’t new at all. It’s actually the playbook written by our leadership when it founded the Harvey L. Neiman Health Policy Institute. When we launched in 2012, we were charged with three goals: 1) become the authoritative leader in policy-oriented imaging health services research, 2) make that work self-sustaining by training, mentoring, and partnering with those who will further carry future torches as independent investigators, and 3) develop meaningful and actionable data tools for radiologists to succeed under new payment models. Our many research publications reflect ongoing success with the first two missions, and our recently expanded data tools, unmatched by any other specialty society, demonstrate ongoing success with the third.

The most recent—and ambitious—addition to those data tools is ICE-T: the Inpatient Cost Evaluation Tool.  Several years ago, Neiman Institute Advisory Board members Bibb Allen and Larry Muroff foresaw the coming need for radiologists to calculate bundled payment prices in real time. Predicting joint replacements to be the most likely place CMS would start, we focused our energy and resources on developing a robust inpatient diagnosis-related group (DRG) calculator. Purchasing, licensing, unpacking, cleaning, and analyzing a decade’s worth of Medicare hospital and physician line item claims data, Neiman Institute research director Danny Hughes and team launched ICE-T just before CMS rolled out its Comprehensive Care for Joint Replacement bundled payment program in 67 communities across the country. However, rather than just focusing on the two joint replacement DRGs of current interest to CMS, his team created a tool that allows radiologists to better understand imaging utilization patterns for every DRG. Savvy radiologists who avail themselves of this source will be prepared to play strong offense not just with joint replacement bundles, but with any inpatient bundled payment initiative CMS throws at them.

This month, many specialty societies are just hearing Kocher’s admonition for the first time – “Specialists who do not act now to position themselves for an era of PCPs wielding more power and economic muscle could be caught flat footed with falling incomes and re-wired referral systems.” I would disagree just a bit. The payment reform train has left the station and is barreling full steam ahead. Specialists who are just starting to position themselves now may already be too late.

Fortunately, the ACR heeded this advice four years before its time, and through the Neiman Institute, has been positioning itself accordingly ever since. If you’re feeling a bit flat footed right now, it’s probably because you haven’t given ICE-T and the Neiman Institute’s other data tools a try. 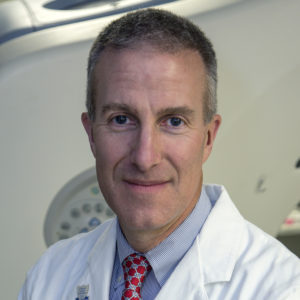