How Many Radiologists? It Depends on Who You Ask!

As research director of the only think-tank focused on medical imaging economics and policy, I’m frequently asked how many radiologists are in the physician workforce.  Surprisingly, this seemingly easy question is difficult to answer – and not just for radiologists. The American Medical Association (AMA) Physician Masterfile is generally considered the authoritative source for information on the United States’ physician workforce.  AMA makes this database available for research and commercial purposes at considerable cost but also produces aggregate statistics (e.g. by state, specialty, gender, etc.) that can be obtained in AMA’s annual fact book, Physician Characteristics and Distribution in the U.S. and through the Health Resources and Services Administration’s Area Health Resources Files (AHRF).  As the accepted gold-standard source, we rely on the AMA data for the Neiman Almanac.

However, the AMA Masterfile isn’t without controversy.  There are well known lags in the data collection process and problems with the physician self-reported specialty data that imply the AMA Masterfile likely overestimates the true population of physicians and distribution by specialty.  Moreover, because the AMA allows physicians to self-report both primary and secondary specialties, the total number is highly sensitive to how researchers use this information. For example, the AMA fact books report 37,399 radiologists (defined as all “radiologists”, “diagnostic radiologists”, and “nuclear medicine” physicians) for the year 2012.  An independent examination of the raw 2012 AMA Masterfile data by Neiman Institute staff produced a total of 38,772 radiologists (defined as all physician reporting specialty codes “AR”, “CTR”, “DR”,”ESN”, “MSR”, “NRN”, “RNR”, “NR”, “PDR”, “R”, “VIR” as their primary specialty).  On the other hand, the Association of American Medical Colleges (AAMC) finds substantially fewer radiologists with 27,570 reported in their 2014 Physician Specialty Data Book which employed the 2013 AMA Masterfile data.

To better understand the true population of radiologists, we decided to compare these AMA Masterfile figures to the total number of radiologists found in two administrative claims databases within the Neiman Institute’s data warehouse: the Centers for Medicare and Medicaid Services (CMS) 2012 Physician and Other Supplier file and the CMS 2012 5% Research Identifiable Files (RIF) carrier claims files.  The Physician and Other Supplier file contains data on 100% of the final-action Part B claims for the Medicare fee-for-service population aggregated by individual physician.  The 5% RIF carrier claims file contains all of the Part B fee-for-service claims to providers for a national 5% sample of Medicare enrollees. Both of these data sources should underestimate the total number of radiologists because:

1) There are always radiologists that did not see Medicare Part B patients in a specific year – for example, some pediatric radiologists or salaried radiologists working exclusively within managed care organizations;

2) Under some circumstances Medicare claims are filed under the National Provider Identifier (NPI) of the practice’s managing partner rather than each individual physician’s NPI; and

3) In the case of the RIF data, even at approximately 2.5 million patients there may be radiologists that did not see any of the patients in the 5% sample.

Given the likely overestimate of the official reported AMA data and the almost certain underestimate of the CMS administrative data, these figures do provide bounds on the true number of radiologists with the population lying somewhere between the 30, 696-37,399 figures – which is quite a large range.  If, as some researchers find, the AMA overestimates the physician workforce by approximately 10% the number of radiologists would be 33,659 – which is slightly under the midpoint of this range.

Thus, while the Neiman Institute will continue to utilize the published AMA figures as an accepted authoritative source for our research efforts, it is important to understand the limitations of data to reveal truth – sometimes making even the simplest questions difficult to answer. 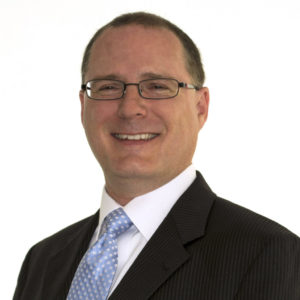 Danny R. Hughes, PhD is the Executive Director and a Senior Research Fellow of the Neiman Institute. Follow him on Twitter @economeer.